by Tom Wells
Now, I think I fixed the image posting limit - it is a bug in the web site program, I am told...
I've edited the php file, so here goes.

If I can put several pictures here, then it may be OK again (following my theme of cars from the 50s, of course): 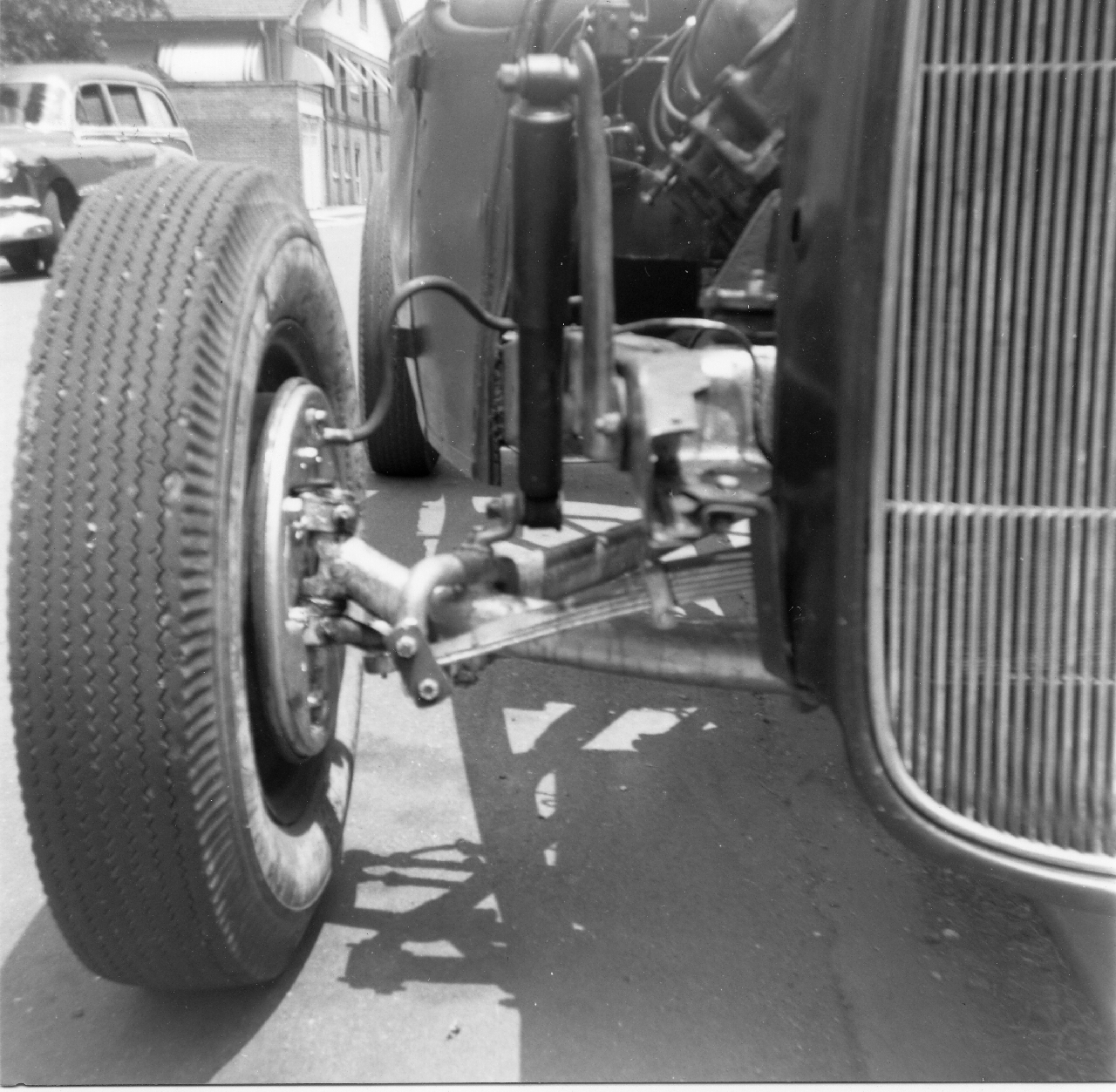 
Me on the left, David Wisdom on the right (note David's feet!): 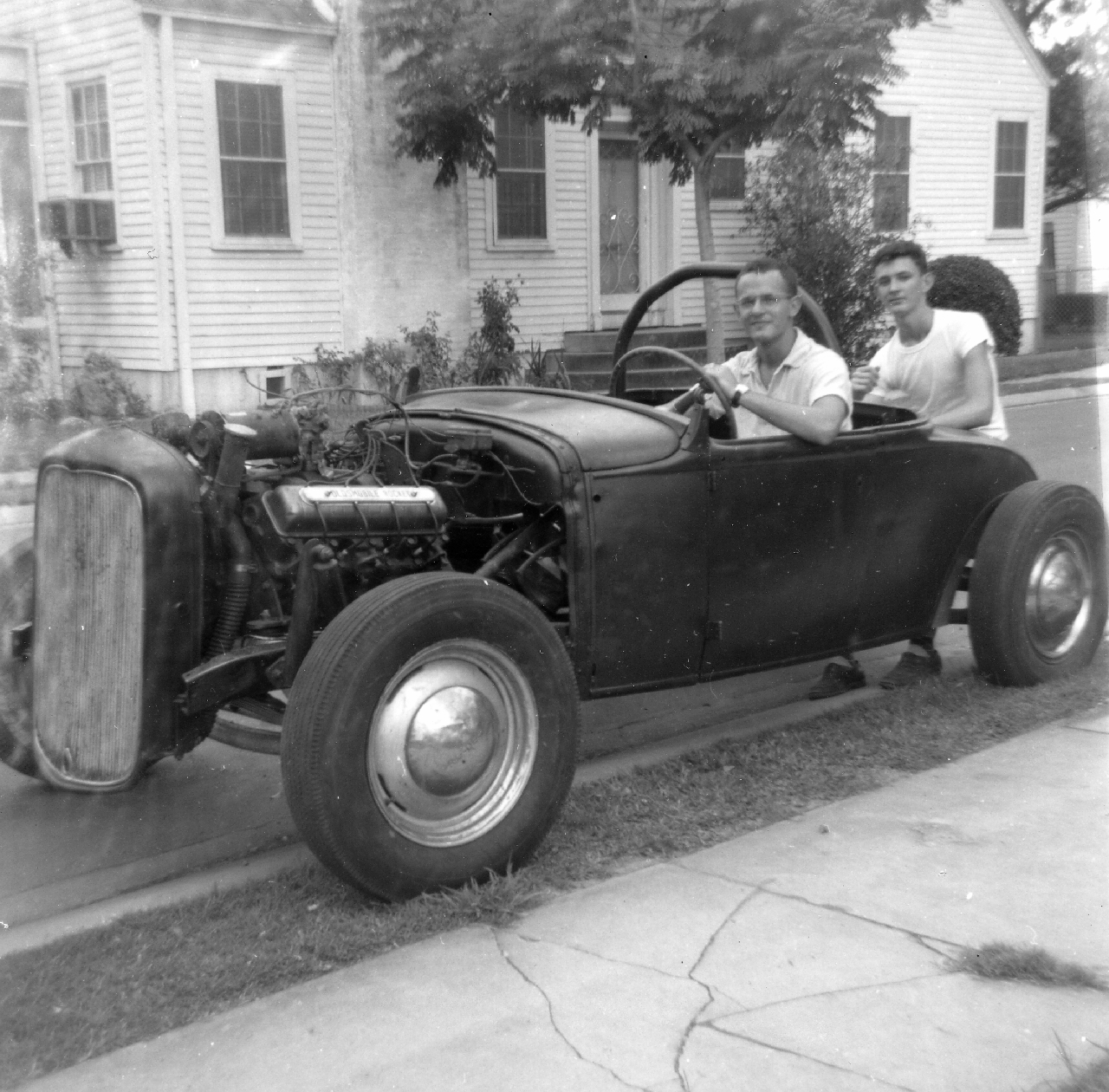 
David Wisdom, left and Don ?? I don't think the SCCA would buy that roll bar now: 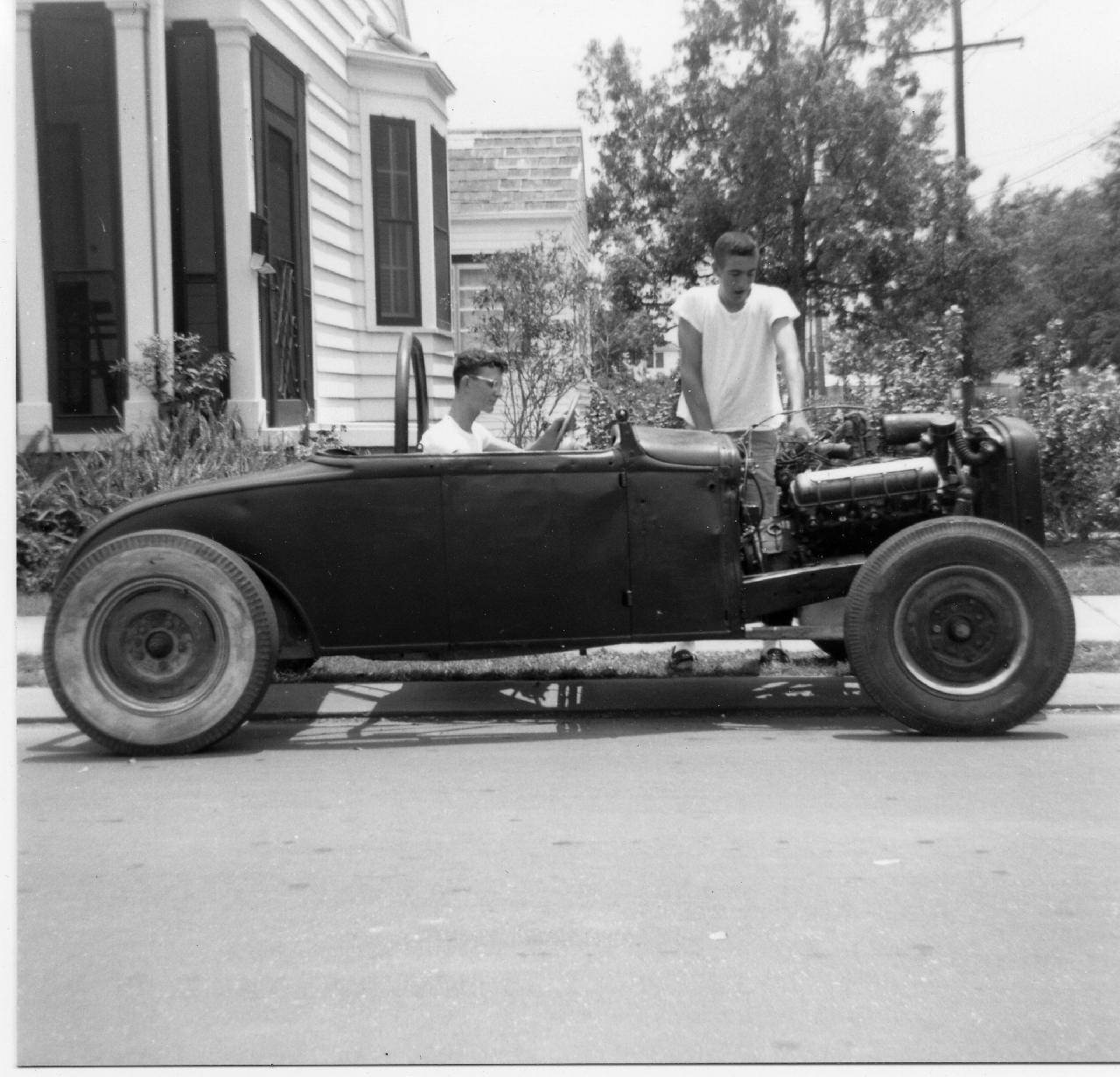 by BlackSnake
Cool photos Tom, was that the finished state of the car? Where were the photos taken? Do you keep in touch with any of the guys in the photos?

I still have contact with David Wisdom - he's been in Oregon for decades. Lost track of Don.

The car later got a McCulloch-supercharged 1954 324 cubic inch Olds, then I sold that engine/supercharger combo and helped another buddy put it into a 1952 Chev 4-dr fastback, then swapped the roadster for a 4-door Model A and etc etc

All the roadster pictures were taken at my great aunt's house near Fortier High in uptown New Orleans.

The earlier crate-built car's photo was taken at 33 Steppingstone Lane, Kings Point NY behind the house my father built there. The fluff on the right side is the southbound end of a northbound Clumber Spaniel named Cloud.