Made three laps of the first session, then saw billowing smoke while coming out of Turn 6 onto the high bank - black flag came out - done for the day. Sigh.

Drove home, without any sign of problems after the car cooled off.

Still puzzled over what the cause may have been - maybe two extra quarts of ATF combined with high trans temp? Going to relocate the trans cooler into a more open spot if I can find one.

Only good news seemed to be the brakes which did seem way better than last time.

More embarrassing as we had six in the pit crew to witness the debacle - even though none of use has figured out exactly why it happened. The inside of the tailpipes were very sooty so there may have been an overly rich condition at the same time. Much diagnosing and a long list of things to try to repair/replace. I'm hoping the next PDX at Daytona will happen at the end of September; we'll see.

Here's some of the pit crew: 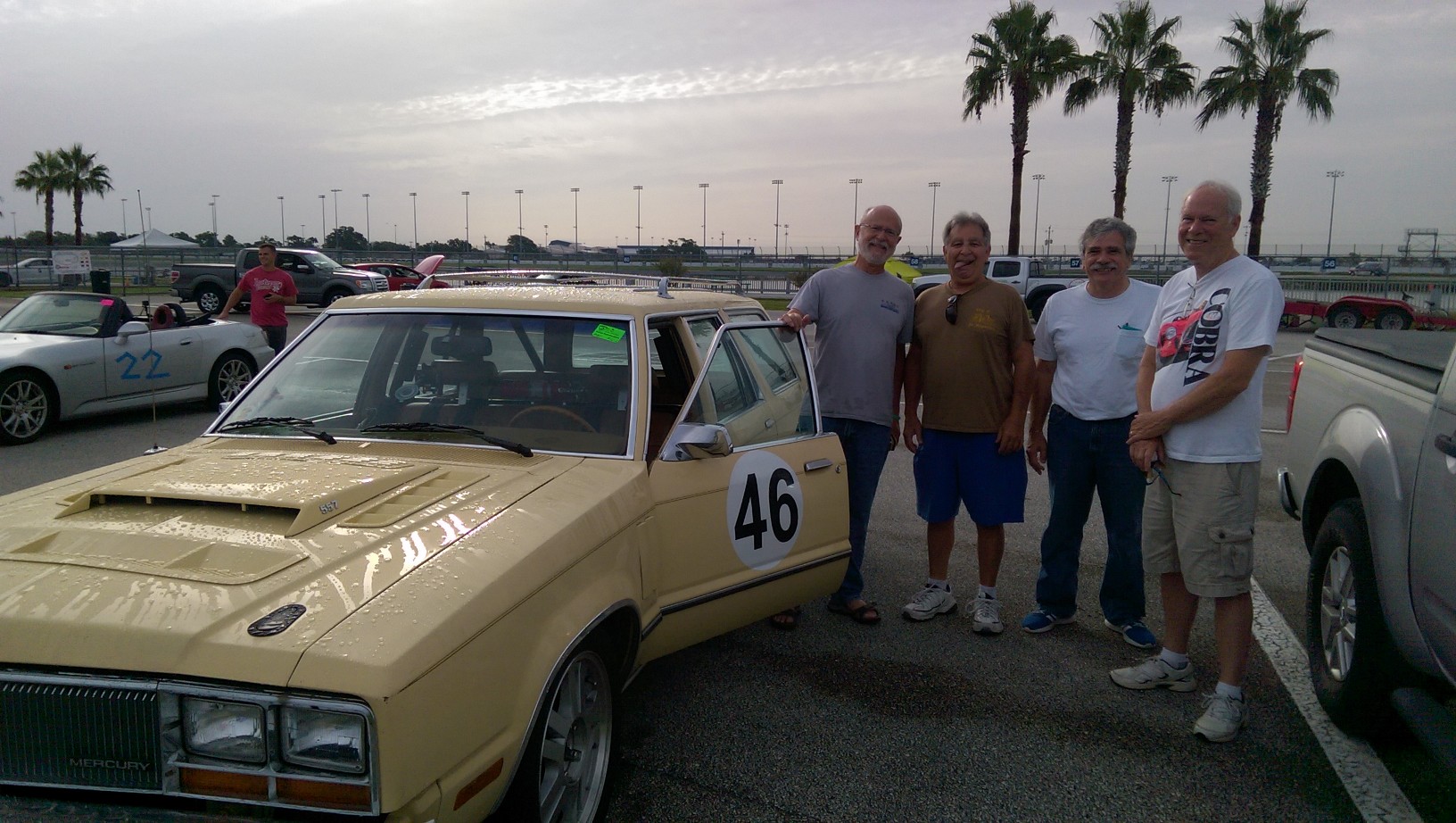 Left to right are me, Carl's body double, Phil and cHarley; Mike avoided further embarrassment by taking the picture so he wouldn't have to be in it. Not pictured were the surprise pit crew members Jim and Torey.

There is a short video - as soon as I get it onto youtube I'll put up a link.

Earl didn't show up. Maybe he knew something?

Well did you go

If you go in September Ill be down there. Maybe i can come watch..
Top

I will put up a note here when/if we get signed up. I say we because Ken Moore is also planning to go. There's plenty of room for each of us to have pit crew. I had six last weekend!

This just in: cHarley sent me this video https://youtu.be/7RgTc2NOuXk

Also, Jamie sent me a couple of pictures: 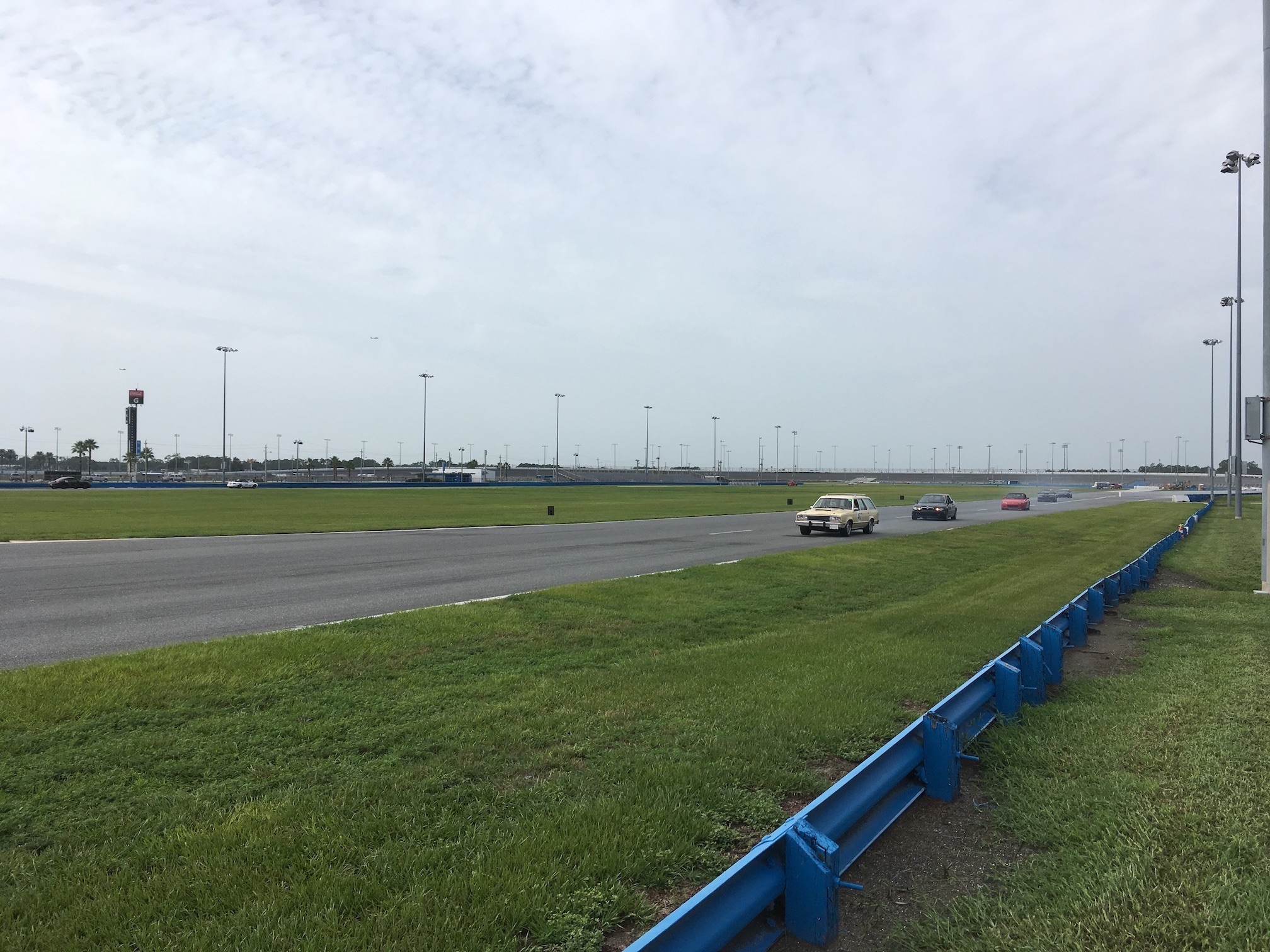 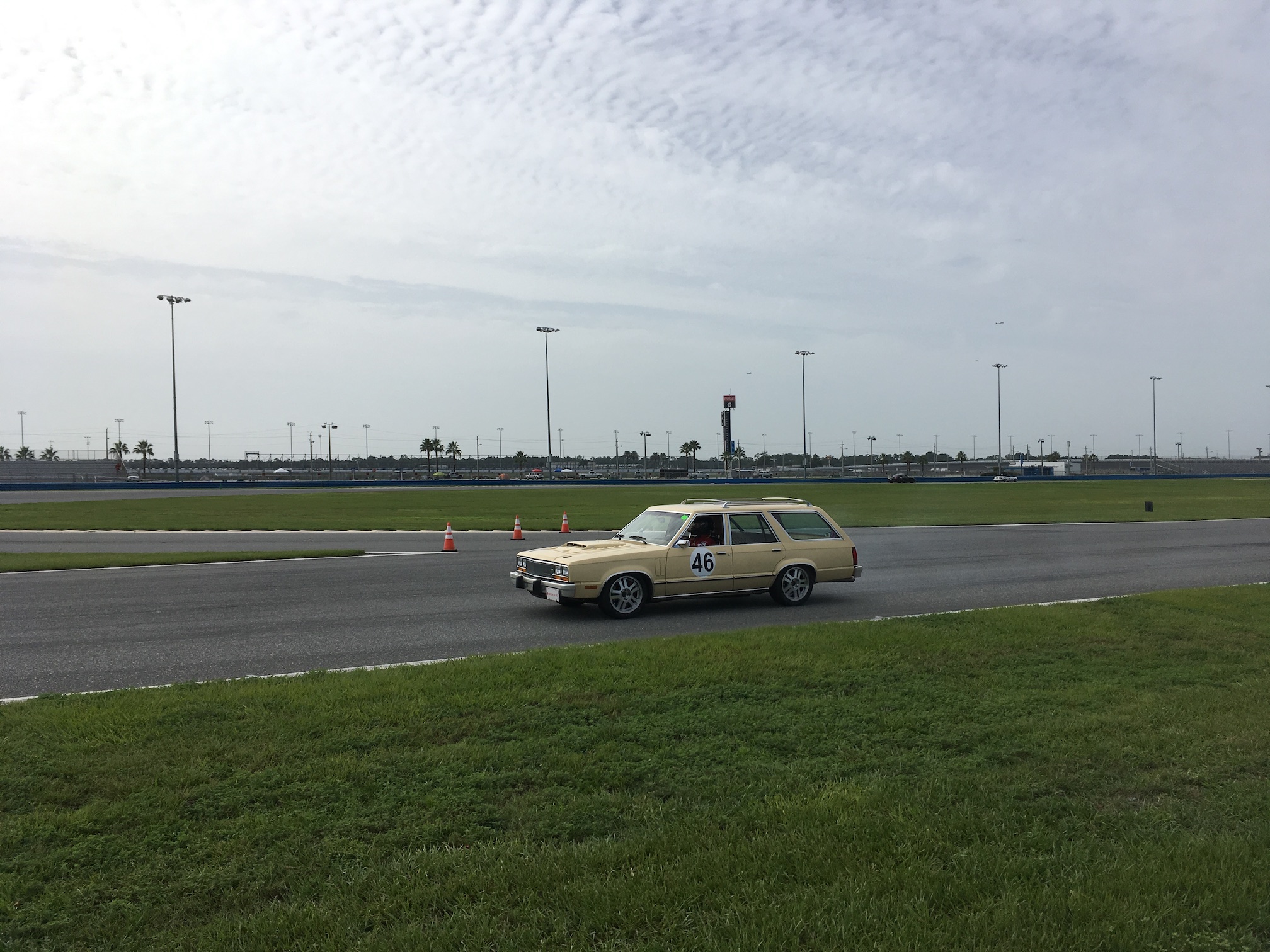 More as it comes in,